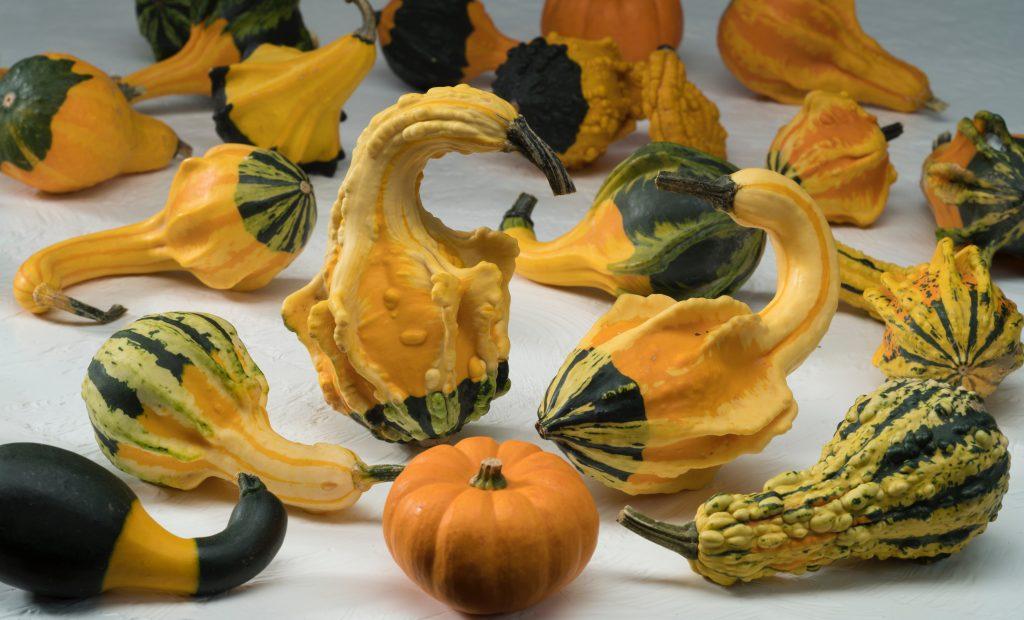 If you thought the animal kingdom was strange, try the kingdom of the plant. Especially terrestrial species had much more time to evolve into what they are now than any fully terrestrial animal species ever had. When mosses like the liverwort started to take over the land, it took quite some time before aquatic animals started to take on a terrestrial life permanently. It is believed that liverwort, the first species that could live on land, did so 476 million years ago. The first independent terrestrial animal is thought to have moved on land 450 million years ago, Now, 27 million years look like nothing over a period of nearly 500 million years, but humans, or more specifically: primitive Homo sapiens first appeared 300.000 years ago. So terrestrial plant life has an advantage of more than 475 million years over people and 27 million over terrestrial animals. That is 90x the time it took for humans to evolve from primitive homo sapiens to what we are today. Take the modern homo sapiens and we're talking about 200.000 years back in time. We as a species are just a blip, animals though, or plants... That's a whole different story.

This is part one of a series. You can read each of the articles separately, but if you’re interested in this subject, I suggest that you check out the other parts at the bottom of this article!

It’s one of the greatest plants out there, one of the largest, one of the most beautiful, and one that’s so incredibly invasive that it will kill anything below. It’s the Victoria Amazonica, the largest waterlily of its kind. It can grow up to 180cm (4ft) in a week. The stalks the leaves are on can reach up to 8 meters (26 ft). The reason for this is because where this plant lives, the rainforests of Southeast Asia, don’t always allow for large stagnant bodies of water. So when the time is there, and large planes are flooded, this plant grows like crazy to make the most of it.

The leaf itself is no more than a millimeter thick. It can carry a 10-year-old child though, and if you check the underside of the leaves you will find centimeter-long spikes. These spikes deter any animals living below from making them their lunch. And not only that! When the leaves grow, they can easily cover and pierce other plants, making it impossible for them to drift out of the way and finally even grow at all.

The beauty and the beast

In this case, the beauty actually is a beast and holds a beast. The beautiful flowers have a slight pineapple scent. It attracts a specific beetle, the Northern Masked Chafer, which will pollinate them. But the flower isn’t satisfied with a quick visit. No, it will close as soon as a beetle enters and hold the beetle within for a whole night, It does this for a specific reason.

The flowers when they first bloom are female. These female parts attract the beetle which gets trapped inside for the night by the flower which then turns into a male. This way the flower doesn’t only get pollinated but also can pollinate the next the following day! Because the next day the flower will slowly and slightly open up so the beetle can fight its way out past the newly formed male parts of the flower and fly off to the next, and be trapped there, again… I guess that in a way we people didn’t evolve as much from regular beetles after all.

And if you think these beetles are uncomfortable? Well, maybe just slightly, the way you’d be kept in a chokehold when the love of your life is spooning you in his or her sleep. This flower keeps their ‘partner’ nice and warm too. The flower can actually be 11 degrees Celcius warmer than the surrounding environment. It keeps the beetle warm and helps to spread the scent even further.

Plants are not only interesting because of how they grow, but they can also be interesting because of what they grow, like fruits! Have you heard of the Kiwano fruit before? It’s actually a kind of melon. The Kiwano is a yellow oval fruit with green pulp and many seeds inside. For those who are picky about textures, this might not be your kind of fruit. But if you don’t mind: The taste is mild and slightly sweet. It could be best compared with the taste of a cucumber and maybe a hint of banana flavor.

The Kiwano fruit may look strange, but it’s also just a melon. The most interesting fact though is that this fruit is used in many science fiction movies because of its otherworldly looks. One of which is Star Wars.

The Kiwano fruit or cucumis metuliferus is of the Curcubitaceae family. Cucumbers. squashes, pumpkins, and gourds are part of this family. And although only distantly related, all these species will serve you with otherworldly inspiration. Here are some suggestions:

The above is only a small list, Just google ‘Weird’ or ‘Ornamental’ combined with cucumber, pumpkin, gourd, squash, or melon, and I guarantee that you will have a blast. Before you know it, your fantasy or sci-fi world took shape!

And I mean literally. This plant is so invasive and well-established because of its explosive nature. These pretty plants with purple or yellow flowers develop seed pods that will explode at the slightest touch. It won’t harm you, at best it will knock out a bee in flight, but its seeds fly far away, up to 7 meters in the process. And this is what makes the Himalayan balsam so invasive, and really, an evolutionary success story.

These plants are native to the Himalayas in India. But because people started to spread these pretty plants in areas they’re not native to, which also means that they don’t have any natural predators, they started to invade nature and gardens alike throughout the whole Northern hemisphere. This poses a problem because they block sunlight and use up many nutrients, leaving the native plants without a chance to survive.

To give a better idea of how invasive they are: They can grow up to 3 meters tall in just a year and produce 800 seeds within that year. These seeds can lay dormant for 2 years and they can pop up again in that timespan.

So what can we learn from it?

You may be wondering, why point this plant out while there are so many other interesting plants? Well, why not, really. Just think of a new planet with gigantic plants like these that will knock your brain out if you stride uncarefully. And just think of what lengths this plant goes to make sure they are the only surviving species. They don’t only steal sunlight and nutrients, but they provide so much nectar to insects that these insects don’t bother visiting other plants anymore. Which stops them from reproducing.

These features can be interesting in a habitat, or with some creativity, in an animal species. Those that know me a bit longer, will know that my brain tells me to draw a gigantic creature that’s partially buried underground, and only pods like those of the Himalayan balsam protrude out. Imagine disturbing a creature like that, paintball is nothing compared to it.