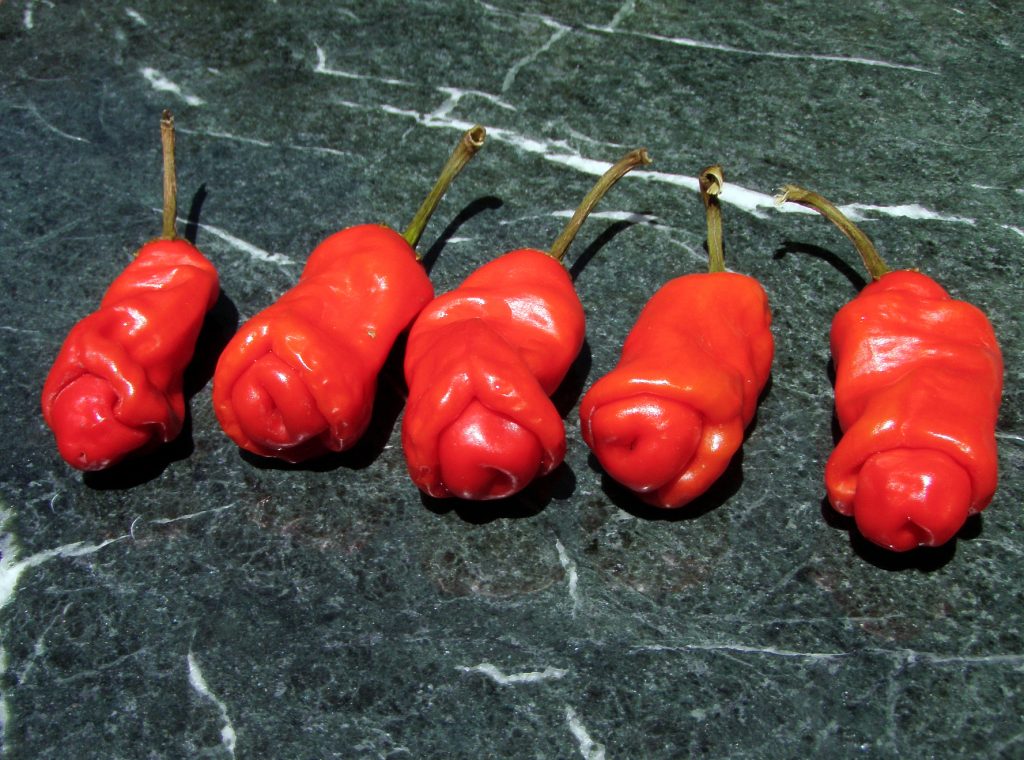 This time is a little bit different. Today we take on a little trip to the well, more ehm, sexual side of the plant kingdom. Be contronted with your own imagination, or that of others, and meet Peter Pepper, the Jackal food and the Sausage tree!

Part 4 already! Welcome to the weird and wonderful, where you’ll be inspired by mother nature. Let us take you on a stroll to invigorate your creative mind. And if you like this article, don’t forget to check the others of this series out at the end of this article!

Yea it’s a thing. Its shape is a thing too. It’s also called ‘Chili Willi’ and I guess you can see why. I couldn’t help laughing when I saw it for the first time. And I am that kind of person that will grow these and give them away as presents to unsuspecting people. I also don’t hesitate to put them on restaurant tables as decoration, just to see what happens.

Peppers are one of the most cultivated plants out there, and Peter Pepper is just nature playing a joke on whoever decided to cross-pollinate Peter Peppers’s predecessors. My guess is that his name or one of his friend’s names was Peter.

Let’s continue, with the jackal food! Looking back at the previous one, let me ask you, what does this one look like? Yea, it’s been compared to a vagina more than once, and it’s shaped this way in an effort to trap pollinators temporarily and coat them in pollen to reproduce more easily. Sounds familiar? It’s that I know it’s a plant, but if I were to come across it randomly I would think twice and approach it carefully with a long stick of some sort. No, not a Peter pepper! My boyfriend wouldn’t agree!

Just like the Rafflesia, this thing is a parasite and lives from the roots of other plants through a network similar to that of fungi. It’s not the family of the Rafflesia though, this species evolved all on its own in South Africa. Interestingly enough, this thing stinks too and pollinates with the help of flies and bugs, and I’m sure you can’t help but notice the resemblances, like the color, the tough flesh, and rough outer skin.

This is the beauty of nature. When something proves to be successful, nature will find its way through evolution more than once. It’s just trial and error, some things work better than others. It’s all about specialization and outcompeting the other.

Its strange name comes from the fact that predators are attracted by its smell. Because of this it’s a very popular kind of food for jackals, among other predators.

Are you still enjoying yourself? Okay! Here you go with the sausage tree! I can’t help to see em’ hangin’. They produce beautiful red flowers which, when pollinated turn into long phallus-shaped seed pods. Something you can’t miss because of their size: They can grow up to 1 meter long (3,3 feet) and weigh up to 12 kilos (26 pounds). Yea I see you guys thinking, hmm… But no need to be jealous! They are very poisonous when they’re fresh. They are only edible after they’re dried, roasted, or fermented.

This tree grows up to 20 meters tall, making the fruits fairly large in comparison. Once the fruits fell down they’re eaten by baboons, bushpigs, elephants, giraffes, hippos, monkeys, and porcupines. They can’t digest the tough seeds which they expel after some time and spread for the sausage tree.