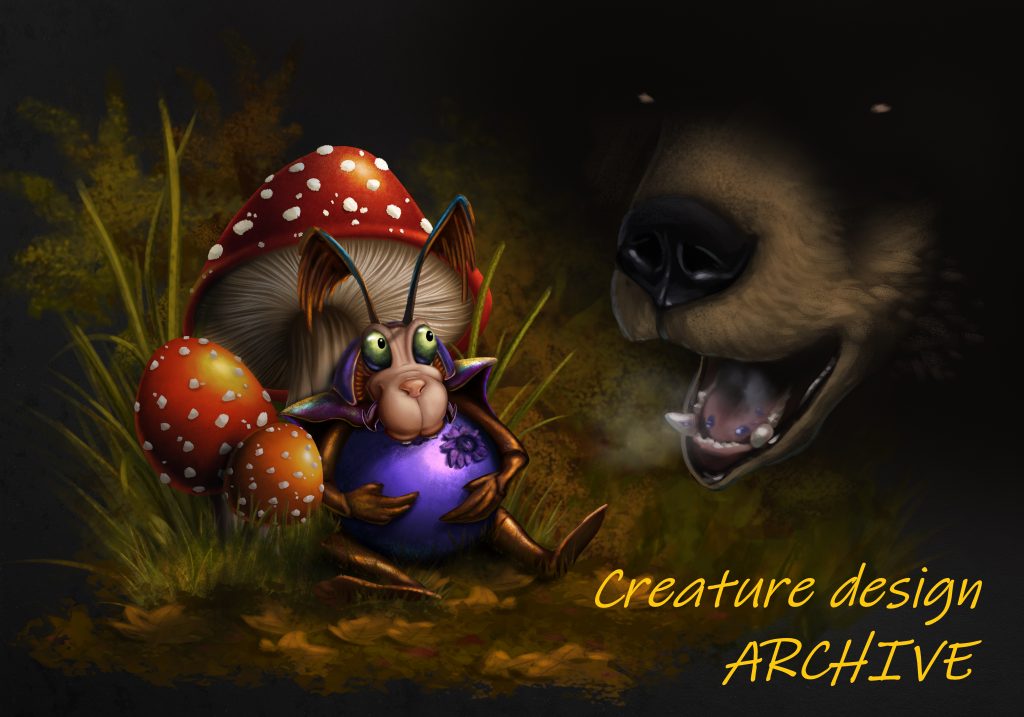 After nearly 1,5 years of writing articles, it's time to backtrack a bit and make you some archives! This time it's about creature design as that's the one that's covered the most. So here you go, sit down, relax, and flip through this overview without having to worry that you missed something! Click on the image or the link to proceed to the related article. The last update stems from 21-03-2022.

Gathering resources for your creature design

Creature design is a relatively small, but flourishing field. Up to roughly 20 years ago, you needed a giant library to be able to make effective designs, and information on the subject was very hard to get. That is different now in the age of the internet. We have all the information at our fingertips. But too much choice can be overwhelming too. So how do you effectively gather resources for your creature designs?

Gathering resources for your creature designs – Life to Legend

What makes a good creature design

What makes a good creature design – Life to Legend

The importance of environments in your creature design + case study

Evolutionarily seen, animals are subject to their environment. There are only a few species that can build their environment around them, like humans, and arguably apes. But even so, we had to climb the evolutionary ladder to get where we are at now. And all that time we were subject to our environment. We even are now to this day in our own artificial environments. It’s no different for surreal creatures. so let us dive into the importance of environments in your creature design!

11 tips for creating your own creature design

11 tips for creating your own creature design will help you in the right direction when you’re looking to become a creature designer, or want to broaden your expertise with creature design. Learn about the importance of environment, behavior, anatomy, storytelling and more!

11 tips for creating your own creature design – Life to Legend

When I just started drawing I had a lot of difficulties understanding the difference between ‘normal’ art and concept art. To me, concept art more often than not looked finished and polished or fully rendered. While at the same time some specific art styles looked unfinished to me, or as something I’d expect to be a concept. I know that with me there are far more people that don’t understand what concept art really is. And the truth is: You can’t tell by just looking at it. There is just one key ingredient to be able to tell if it’s concept art or not: Was it meant to serve as a concept or not. Like in most branches, concept art is also important for creature designers. Especially so because most of the time you will be spending your time generating ideas and things that don’t exist.

What is concept art – Life to Legend

The storyline of Flax, the Lutherial Vixen – What to expect as a concept artist – Part 5

The storyline of Flax, the Lutherial Vixen – What to expect as a concept artist – Part 5 – Life to Legend

Other articles worth checking out

PrevPreviousMaking a contract for a client (For artists)
NextMaking money as an artist, things to keep in mindNext