Anthropomorphism, how to turn a creature into a character 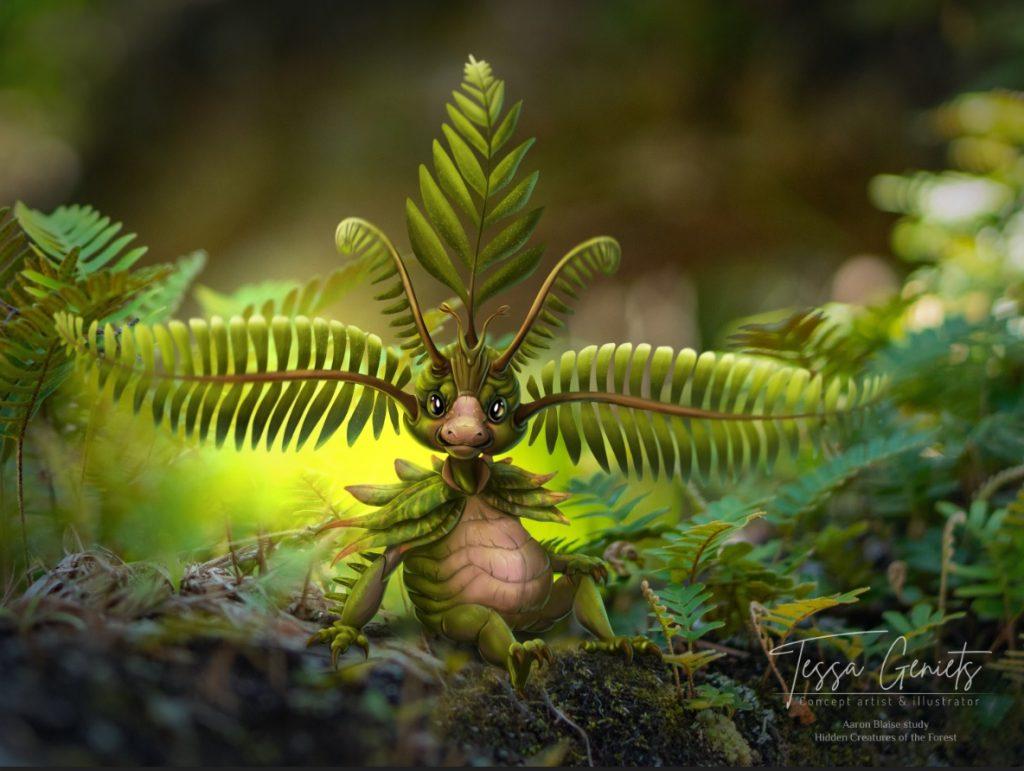 Anthropomorphism. To those that don't use English as their first language, it is quite the word. As a Dutchy, I thought it was a word for a specific era. Like the Jurassic, the Devonian, or the Phanerozoic. Yes No, I know, they're not all eras, They're in fact a period, another period, and an eon. But that's exactly my point. Anthropomorphism sounds like something it's not to someone that's not English and/or doesn't know too much about expensive words like these. But as you may have guessed already: Anthropomorphism is the art of turning an animal into a human-like being. So how do you do that?

What is an anthropomorph

So, as I mentioned before: Anthromorphs are creatures that have human-like features. In a way, this also includes humans with creature-like features. It totally depends on where you think one crosses the border of the other. Some would argue that a Tiefling from the D&D world is anthropomorphic because it has horns and a tail. Others would argue they’re a human-like race. I leave that argument in the middle,

Generally, however you could say that an anthropomorph is a sentient self-aware being. Beings like this can be recognized by things like:

To give a bit better foothold: For something to be an anthropomorph, it should at least be a bit more intelligent than an ape is.

Humans are extremely sensitive to poses and even more to facial expressions. Many animals have very rigid faces and/or limited muscles that can create expressions. To overcome that, you’d have to break anatomical rules in many cases. A great example would be Puss in Boots. Who doesn’t know Puss in Boots? Or actually most of the characters in the Shrek movies. Many of them are anthropomorphs. Some of which, like Shrek, lean more into the human side of it, while Donkey and well, Puss are obviously the opposite.

You can tell right away that the expressions Puss has, as well as Donkey, are impossible for these animals to display naturally. There is no mistaking what they are though: A cat, and a donkey, that act like humans.

Tips to help with poses and expressions

There are many ways to get across poses and expressions. One way is through ignoring anatomy. An animal that systematically walks bipedally while it’s naturally quadrupedal (4-legged) would surely have a painful back. But there are more ways. You may have picked up on some in the video above already.

Did you know that human features are used in many things? Cars are one of them. Especially the headlights translate into what kind of car you’re dealing with. Sharp angular headlights tend to go with sportscars, square ones are often seen on heavy-duty or family cars, and round ones are considered to be approachable. Think of the Mini Cooper for example.

There are always exceptions to the rule, but the front part of a car tends to be recognized as a face and is related to as such. Houses and trains for example tend to be designed with the same idea. However, we humans are capable of recognizing faces in many things, even when it wasn’t meant to do that. This is called Pareidolia. Pareidolia is the ability to see something in something that isn’t what the person is seeing. This is often a face. We are so good at facial recognition that on a subconscious level, we can see faces even in a door handle with a bit of imagination.

There are many blogs out there that exploit this phenomenon so I won’t bother you too much with it, but if you need a good laugh or a bit more inspiration, just have a quick look at this Pinterest page. Faces are powerful because we rely so much on human emotions. They are best read in the face. So the part of our brain that helps with facial recognition is extremely well developed. This will be your most powerful tool when drawing anthropomorphs.

Anthropomorphs, what to avoid

Well, as you can probably tell by now: There is a set of things that can work for you. But as this is such a broad subject, the best thing to do is just roll with the tips I gave before. There are however some animal species you might want to avoid using when you’re just starting out. It’s not because they’re a bad pick, it’s simply because they’re harder to do and not as relatable as another animal. These are:

Invertebrates are insects, spiders, lobsters, etc. Cold-blooded animals with a rigid exoskeleton. Because of that, people have trouble to relate to them, to begin with. They don’t have facial expressions so they’re not really relatable to humans. Overcoming the features of their exoskeleton is quite a challenge. You might want to save this group of animals after you had some practice already.
Keep in mind though that there were these movies called ‘Antz’, and a bug’s life. It’s absolutely not impossible to anthropomorph them, you just don’t want to start with this group of animals.

Ahh, fish. Finding Nemo right? Who doesn’t love those movies? Yes, it can certainly work. But they’re not easy to work with, mostly because people see fish as food or a fairly passive dumb being. Their heads are rigid and their scales don’t help. They’re a bit easier to work with than insects as they are more relatable.

The last on the list, are amphibians, and reptiles. Both are species many people don’t relate to. This arguably makes them harder to work with. Especially when it comes to the scaly reptiles out there.

The other side of the ‘what to avoid’ coin

So, we mentioned invertebrates, fish, reptiles, and amphibians as the harder types of animal species to draw anthropomorphs with. But for this very reason, they are relatively untapped resources. So if you feel confident about your skills, don’t shy away from these animals. They are an absolute treasure and will give you an almost unlimited source of inspiration.

This one deserves its own chapter. Avoid the Chimera! A Chimera is a group of fictional creatures that consists out of body parts of different creatures. Some good examples of that are:

When you look at these creatures, you can tell right away that they are just body parts that are ‘glued’ together. What you want to achieve though is that an anthropomorph looks like something it is by nature. This can either be because you made an animal like Puss in Boots, or a creature that is something in its own right and fully functional like the Octherium Sinoii below.

As the name might suggest already, this creature is a mix of the extinct Arsinoetherium and an octopus. (I’m not too creative with names, I’m sorry :p). But anyway! The Arsino is a land-dwelling rhino-like creature. The octopus is obviously a sea creature. It’s hard to make the two meet and become one. To do this I had to sacrifice the nature of one or the other. Drawing a rhino-like creature with octopus arms coming out of its back would create a chimera, something I really wanted to avoid. So instead I did this:

The Octherium is clearly a creature of its own. I made sure that I didn’t just put horns on a flabby octopus. Or octopus arms on a land-dwelling creature. I instead blended and mixed the two together where I could, took out problematic features (like Arsino legs and fur), and added some features of similar and/or useful creatures (crab and triceratops). All of them combined make for an interesting new creature that could function just fine the way it is.